Ispmanager creates backups of websites, databases, mailboxes, server settings and its own settings. Backups are needed in case something happens to the website. Thanks to backups, you will not lose data that can be expensive.

How the ispmanager backup system works

Server backups are created manually and automatically on a schedule. Backups will be made once a day, but the schedule can be reconfigured. Ispmanager supports Cron. This program for UNIX systems allows you to create a flexible schedule for backups.

In ispmanager, you can pause a backup and then resume it at the same point. This is useful if the timing of backups coincided with an increase in traffic to the server. If the backup is interrupted due to a server failure, it can also be resumed from a previous point. You do not have to worry that the backup will be incomplete and not suitable for recovery or that you will have to create a backup from scratch.

Backups can be stored on: 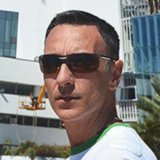 Being in Hosting Industry since 1996, we can definitely say that ispmanager is the most easy-to-use and powerful control panel we have ever worked with. It is really beyond our expectations: easy and powerful at the same time! Our customers love it. 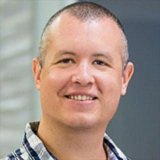 Having talked to the team, it’s clear that ispmanager has built their legacy overseas by letting customer demand drive their decision-making when it comes to updates. Having tested the technology, we believe ispmanager merges premium-level features with affordable cost — a value offer that is sure to be positively received in the US.

Previous featureFile manager and FTP clients
Next featureWorking with databases