OpenLiteSpeed is fast. But not always

Today I will tell you how I did load testing of nginx, Apache and OpenLiteSpeed (aka OLS), and which server is faster.

The reason for the test was the addition of OLS to our product — ISPmanager. This is a control panel for web servers and websites. We have had support for Apache and nginx for a long time, but OLS is new. The developers say that it is a superfast server, and independent measurements confirm it. However, we decided to check it out for ourselves. Turns out OLS is really productive, but still doesn't always outperform the competition.

The purpose of the test was to measure and compare the following indicators:

We checked four configurations in total:

All web servers were with default settings, without doping.

For testing, we used a VDS with the following characteristics:

We tested the website with a freshly installed WordPress - perhaps the most popular version of CMS. For that, we used the Yandex.Tank utility. Requests were made to static and dynamic content. For three minutes, we gradually increased the number of requests per second from 0 to 600.

The configuration of the tank was as follows:

It can be seen that Apache can handle approximately 186 requests per second on the server resources provided. Then it hits the CPU limit and starts returning error 500. The average response time to this point is 23 ms.

If you use Nginx to process static content, the number of processed requests increases to 242 per second. The average response time is 19 ms.

PHP FPM gives great performance. This configuration can handle about 422 requests per second and the response time will be only 10 ms. Let us see if OpenLiteSpeed overtakes it.

Average number of processed requests for OpenLiteSpeed + LSAPI, per second

OpenLiteSpeed is capable of handling about 273 requests per second with an average response time of 17 ms.

To see the big picture, let us compare the results of all measurements: 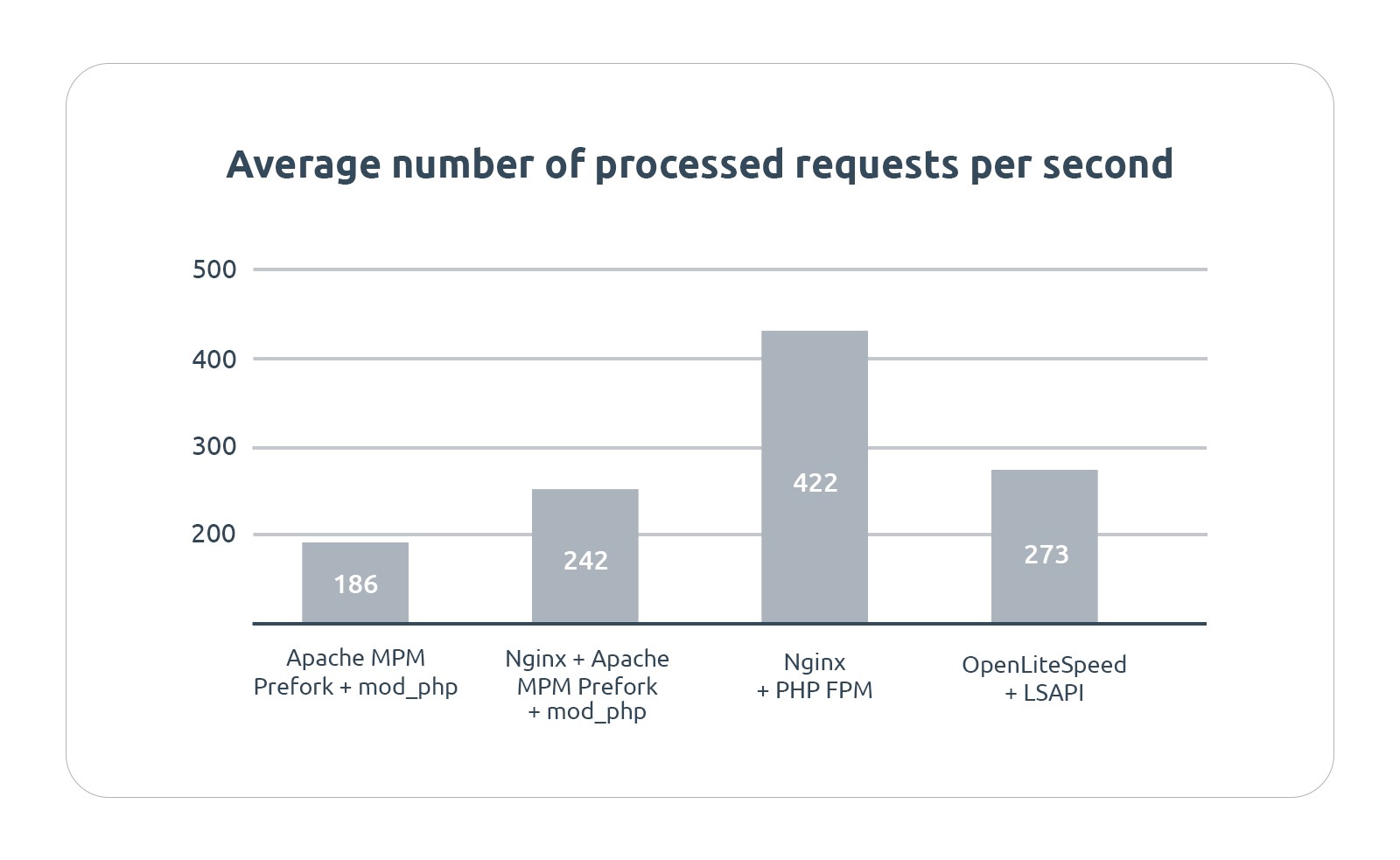 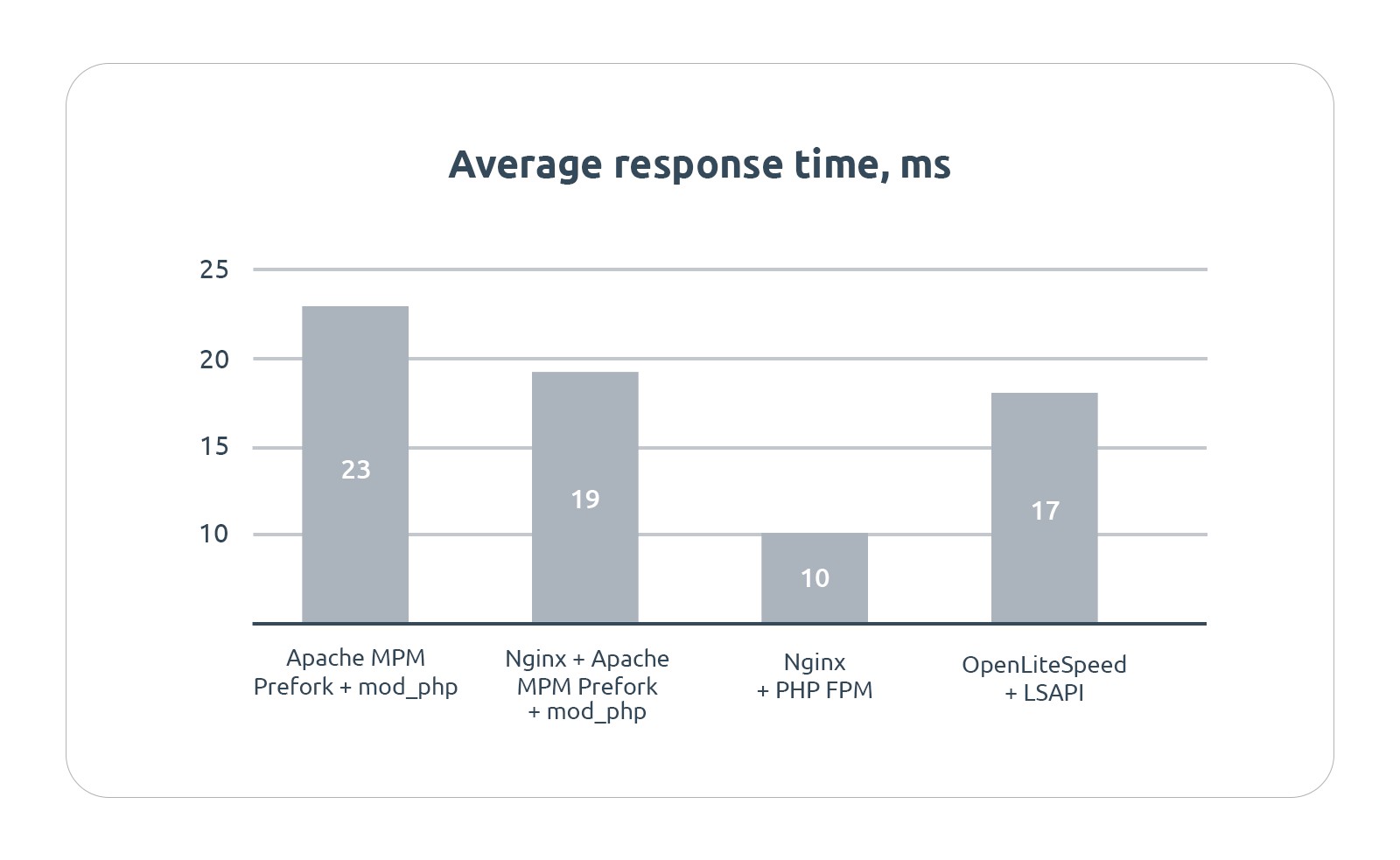 In this test, OpenLiteSpeed is faster than Apache and the combination of Nginx + Apache, but still significantly slower than Nginx + PHP FPM.

The results are a bit disappointing - we expected OLS to outperform all the competitors. Nevertheless, during the testing we used default configurations. OpenLiteSpeed, on the other hand, has many tools that can help it compete with Nginx. For example, the LSCache caching plugin, brotli compression, HTTP/3 protocol, etc. Perhaps in the future we will conduct a similar test for optimized web servers - then we will be sure to tell you about the results.